It’s been so long since I posted. Our trip to Seattle was great. When we got home, it was very spring. The grass had grown noticeably. And, the following Friday, we took a little road trip to the farm with the Shetlands. And these little darlings came back with us: 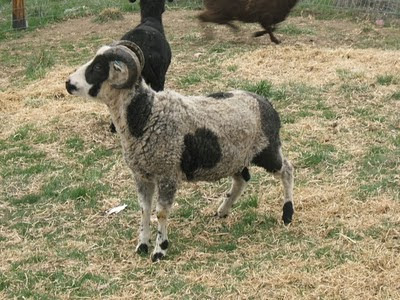 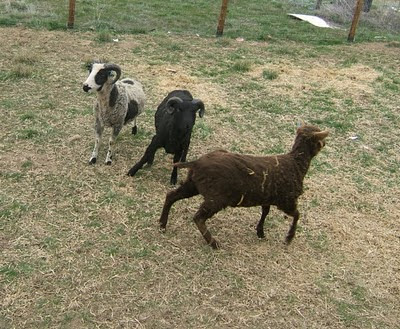 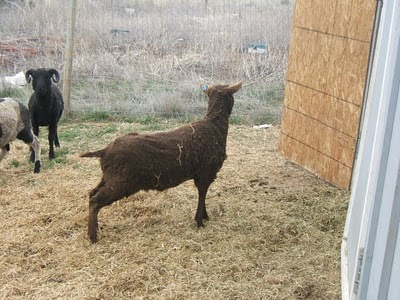 I didn’t get a good shot of McLean, he seemed to get in most of the pictures, though. He is definitely the friendliest. He has no problem with letting give him plenty of scratching on the neck every morning. Skye and Ruby are a little more skittish. Sometimes Skye will let me pet him. The first few days were a real experience. I had to save the goats from the McLean the first night. I was afraid they were going to get super stressed and lose their kids. I had to let them out and have the run of the barn which was not good. Zoe still wants the run of the barn. McLean and Skye are wethers and Ruby is a ewe.

I got a little bonus from my new friend, Lois: 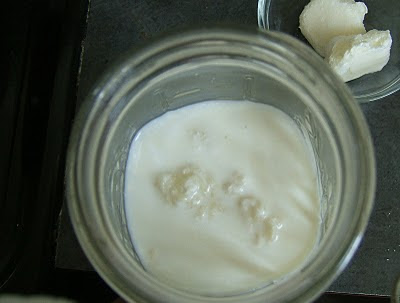 Kefir grains! I love kefir. It is going to be a nice addition to smoothies around here. We’ve become smoothie drinkers because Brent went in to the Men’s Health Check this past week. It’s been a hoot for his friends and siblings. You know this means the report wasn’t good, right? He has to go back to see the doctor in 6 weeks. In the meanwhile, he has to walk briskly 40 minutes at least 4 times a week, no more junk food, no fried foods, and they gave him some books on diabetes. His blood sugar was 120. 100 to 125 is considered pre-diabetes. The doctor says he has gained 30 lbs in 2 years. He has gained 20 to 25 of it in the past year. His cholesterol was also high. I’ve been telling him for the past year that he needed to quit eating so much junk and get off his backside and do something besides stare at the tv. Doctors are so much better at scaring men than wives are. He’s already lost 3 lbs. Since Tuesday. I’m pretty sure it’s his vastly lowered salt intake. The funny part was he’d just been to Walmart and loaded up on snacks he can’t eat anymore. Feel free to laugh. I am thrilled that he is embracing this new forced health kick. I will breathe much easier if he gets his blood sugar down below 100. If I ate the way he has in the past, I would weigh 300 lbs.

I finished a knitting project today, too! Pictures next post.
Labels: goats sheep