It's been busy the past few weeks. I have an almost finished sweater. 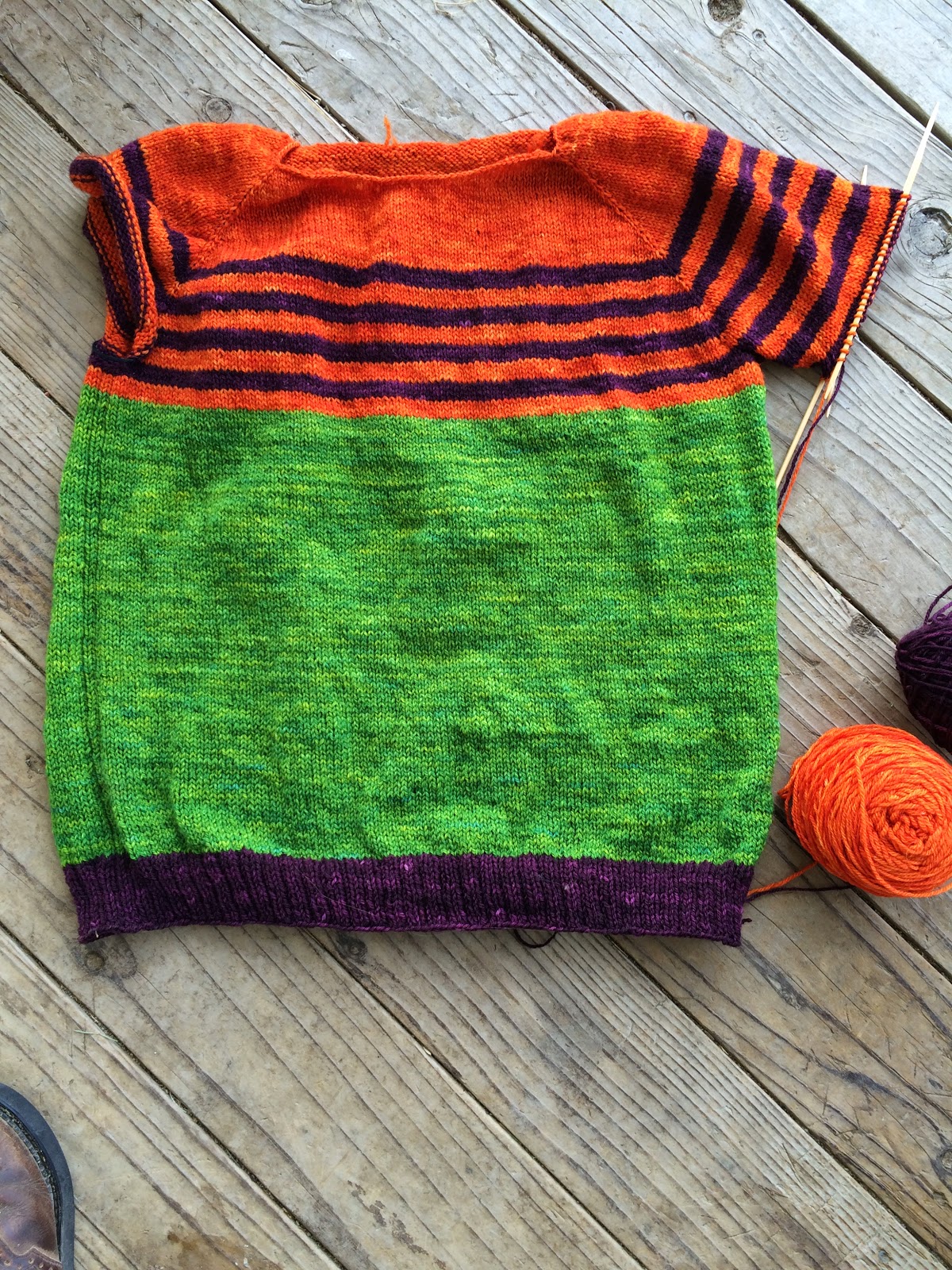 I am working on the second sleeve now. 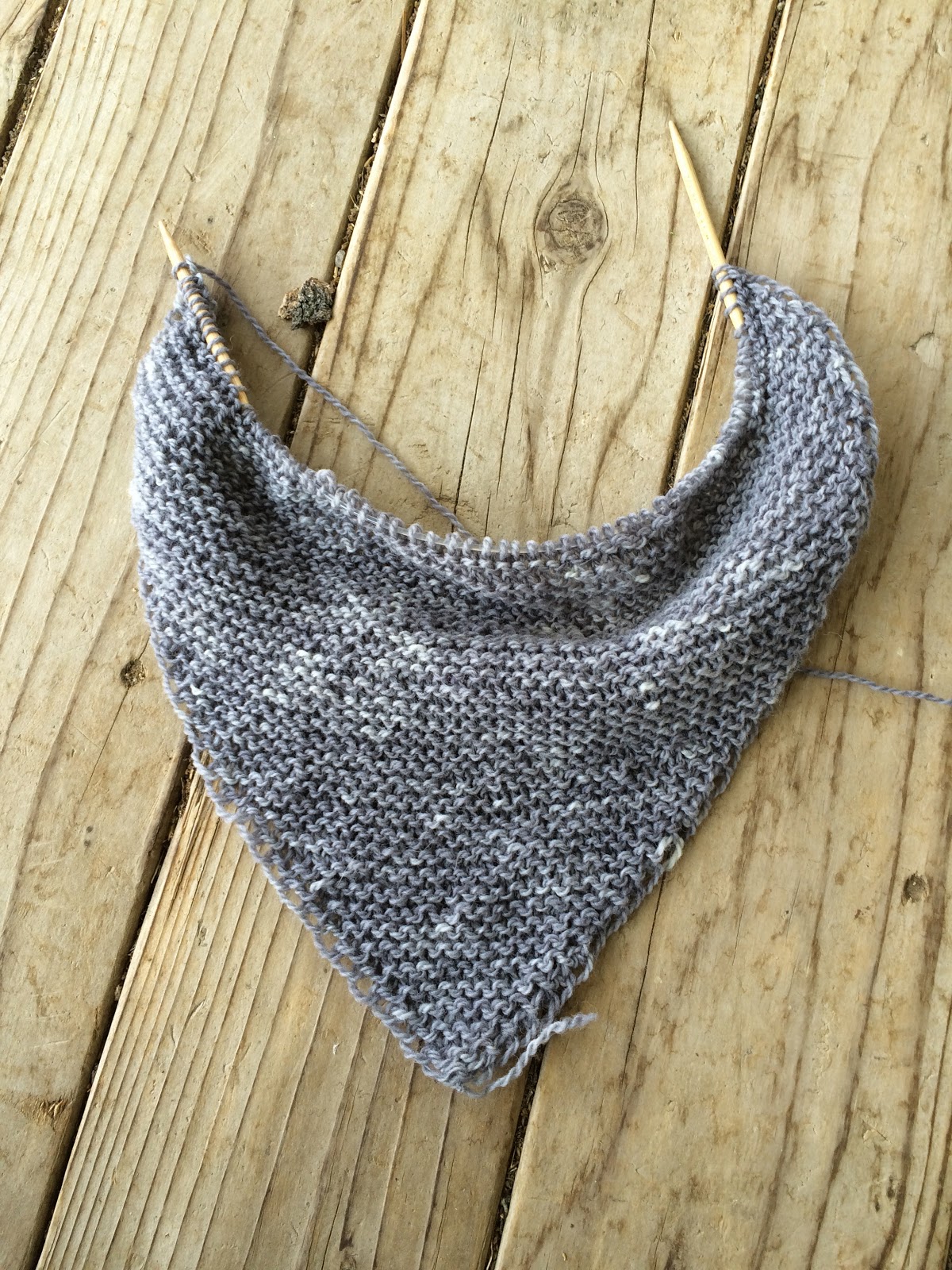 The Hapalong started a couple weeks ago and I have been working a little bit on it. 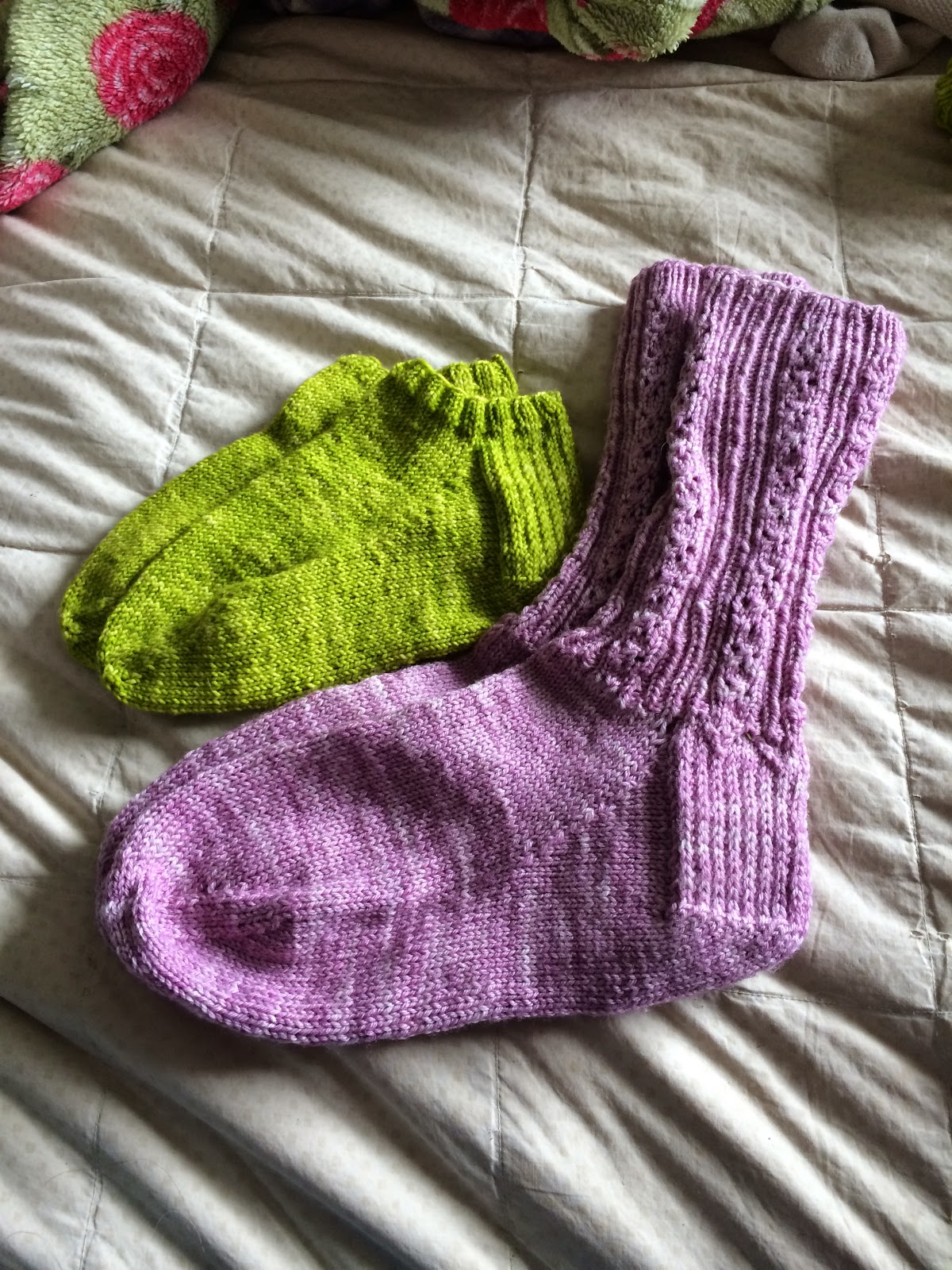 And I finished up the socks I was working on in the last post and am now working on new ones in one of the new self striping yarns I have in the shop.The green ones had been waiting to be kitchenered for a long, long time. Here are my new socks: 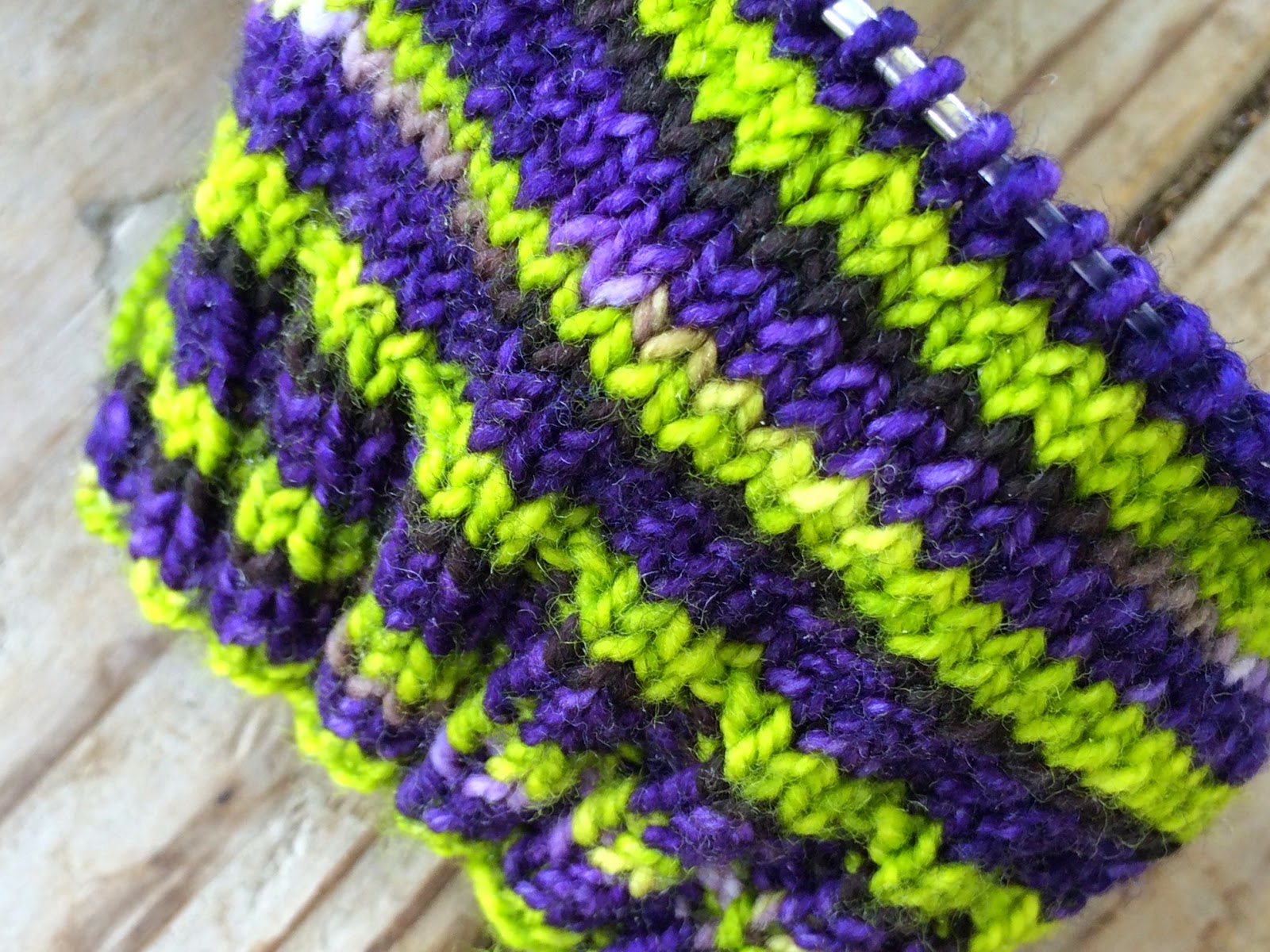 One thing that has really been a problem is my ankle. I had some issues with it before I tried to run a couple miles non stop for my first run of the season about 2 months ago. Like having a hard time walking when I first get up in the morning. Not feeling like I can jump or exercise for fear of making it worse is just annoying me. All year (since September) at work, I have felt like I can't jump when we do warm-up songs with the kids before we do group work. And little kid songs always have jumping in them. Jumping is fun when you are 4! I've decided I've had it with all this crap. I'm doing calf exercises to hopefully help and will start running again soon. I ordered new running shoes tonight after doing as much research as I could on what kind of shoe I should get. It even involved me running the length of our porch barefoot so I could figure out how I push off and what part of my foot lands first when I run. And I downloaded the C25K app to my phone. Baby steps.

When I look back at my issues with my foot/leg/ankle, I think I may have been having problems a lot longer than I initially thought. Years probably. I think it might go back at least as far as when I decided to do my workouts barefoot. I have a collection of Kathy Smith videos and dvds that I like to use. Maybe it is just one of those things that was going to happen because of the way my body is put together. Some of the stuff I read on figuring out what kind of shoes to get was very interesting. Especially the stuff on how your foot pronates when you run. One particular tip I read was to get out your everyday work shoes and put them on a flat surface and see what the heel wear is like. I did it with several shoes and they all showed that I underpronate. Probably part of the reason I'm having troubles. And I think my father did, too. I remember what the heels of his boots used to look like. Just like mine.

I will give a really quick explanation about pronation. If you do it normally, you push off with your toes. Presumably all of them. Your foot lands at the outside of the heel and rolls to the middle in normal pronation. If you over pronate, your foot rolls too far and you push off from the big toe and its neighbor. It can cause problems. If you underpronate, your foot doesn't roll enough and you push off from the smaller toes. Causing problems potentially. This is a very unscientific explanation that leaves out a lot. I am not about to try to give it a really good explanation because no one is going to be coming here of all places to read about it.

Life would be so much easier if your body would just work right because you want it too! At least my ankle doesn't affect my knitting...