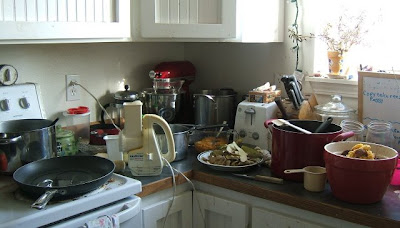 Ok, something happened to my kitchen. It was attacked by 3 boxes of peaches, and then I had to feed the family. And so, for 2 days all I did was slave over the stove. The family didn’t exactly eat healthy, well planned meals.

Here is how it all started: 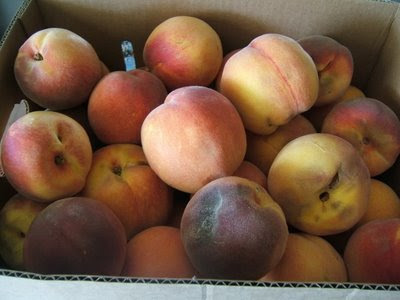 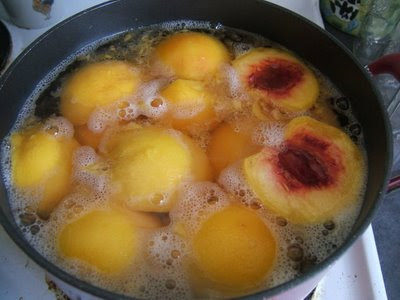 They were prepared for canning. 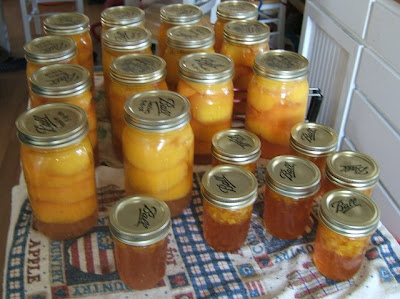 They were canned or turned into jam. 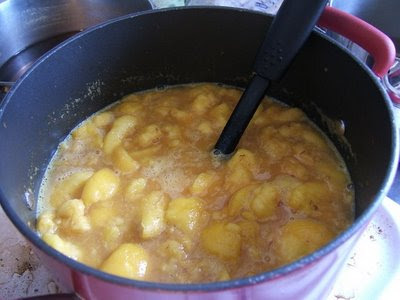 And now, if I don’t see any more peaches for a while, I will be ok with it.

Now I will tell you how we came to be owned by a peacock we called Oly. About 3 years ago, we had chickens, ducks, geese, and guineas. Our yard was very loud and our youngest was about to be born. One morning Brent didn’t have to be in to work until late, and we just happened to be watching our birds from the kitchen. I saw this dark bird that looked way too big to be a guinea fly in front of the coop. Brent was sure it was just a guinea. I was afraid it was a hawk trying to eat one of our little bantam cochins, so I went out to see. It was kind of surprising to go out there and see a VERY skittish peacock in our pen. He flew away at the time, but after a few days, he just started hanging out. At first, I thought he might be a female, because he didn’t have long tail feathers. That’s why he was first named Olivia. As in Olivia de Haviland. Brent was really happy when we found out it was male and we started calling him Oly. Like the beer. Brent loves to name things after beer. Anyway, I think it was probably about this time of year when Oly came. He stayed all winter and when spring came, started displaying to the chickens and the duck. Strangely, he never bothered with the guineas, and the geese died around Thanksgiving (a story for another day). He finally settled on impressing the duck. She wasn’t impressed and even hid from him. One night this crazy stray dog showed up and that must have been the last straw for Oly. We didn’t see him again. Later on in the year, my husband worked up the road a little way and there was a lone peacock hanging around this house. He was sure it was Oly. We’ve always thought that he came from a place about 2 miles from here where there has been a flock of Peafowl for many years. The older peacocks probably ran him off. I am glad Rima left a comment about peacocks, so I could remember all that. I really miss that bird, he was so beautiful.
Labels: chickens cooking ducks

Probably Jane said…
Enjoy your peaches - your kitchen looks like mine on a good day!

Rima said…
Oh how very interesting! I must make some canned stuff.
6:34 AM