It’s been a busy few days with this stuff: 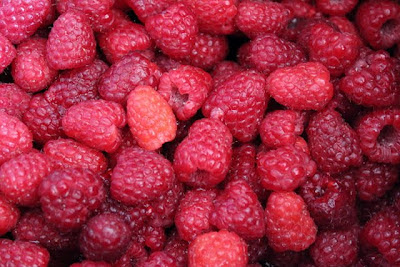 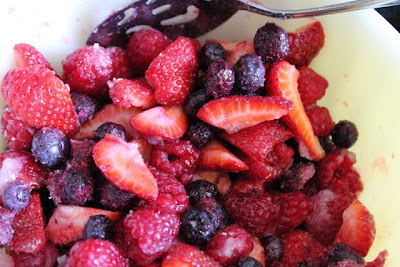 Lots of jam and a few desserts have been made and enjoyed. The first picture was of berries in the pot getting ready to become jam. The second is this recipe for triple berry crisp. It is SO good! You have to try it.

I have been thinking a lot lately about food production. One of the things that really bothers me about growing my own and making my own is my husband’s inability to consume an animal raised here. It isn’t an emotional attachment. He seems to only want to eat meat from the store. After we butchered our lamb last year, he refused to eat any of it. He kept claiming it tasted funny. Right now, he won’t eat any lasagna HE made because he had to use goat cheese in it. He claims it tastes like the buck we no longer own smelled. The doe we have in milk does not smell like a buck. I know that goat cheese can have a strong flavor, but I don’t think chevre has much taste at all. He told himself it was going to be awful before he even ate it. To be honest, I think he is a freaking ignoramus.

Lone Knitter said…
Nice to see that you're still blogging! And those berries look delicious.
4:10 PM